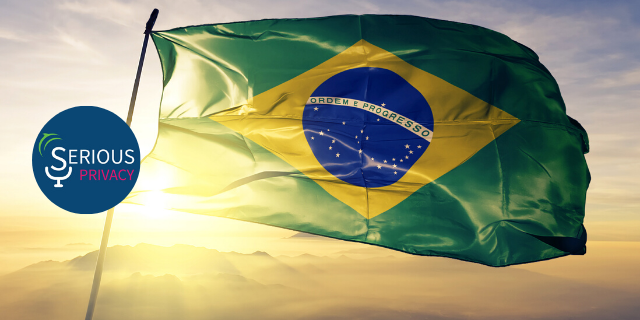 The California attorney general has announced the enforcement of the California Consumer Privacy Act will go ahead as planned later this year, despite the global COVID-19 crisis. However, in Brazil, the Senate on April 3rd adopted legislation to postpone the entry into force of the Lei Geral de Proteção de Dados Pessoais (LGPD) until 1 January 2021. Enforcement is not foreseen until August next year. But postponed or not, the new omnibus data protection legislation in Brazil will have a major impact on companies doing business in the largest country in Latin America. Reason enough to invite two Brasileiros to our program to learn all about the LGDP and the culture of privacy in Brazil.

Join us to hear Rodrigo Dias de Pinho Gomes and Fabricio da Mota Alves discuss the evolution of the LGPD and concerns around its enforcement. In addition, we also touch on judicial ability to rule on cases with personal data implications and the concern about privacy among the population. Listen on your favorite podcast platform or stream the episode below.