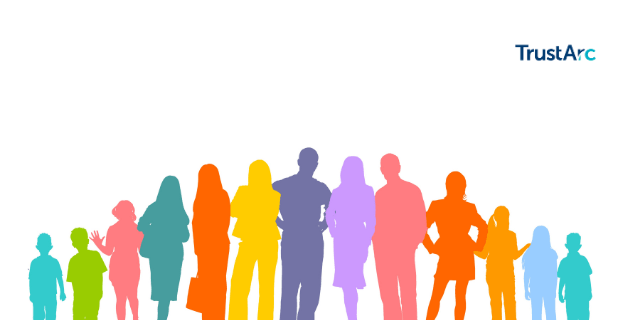 Privacy is complex. Even the most seasoned privacy experts would agree. Companies are tasked with staying on top of ever-changing privacy regulations that are often multifaceted and cumbersome to understand and place into action. More recently, as the workforce went remote due to COVID-19, companies relied heavily on third-party technologies in order to continue day-to-day business activities. This immediately raised concerns about third-party risk and vendor risk management. Returning to work has raised additional privacy issues as many employers were now dealing with the risk of handling sensitive employee data, such as body temperature data or testing results. Securing budget had traditionally been a mammoth task for teams responsible for privacy management, however we are now seeing a clear shift as companies are starting to invest in their privacy programs, not out of fear of regulators, but because they see the advantage of treating privacy as a core value instead of an afterthought. In fact, the 2020 TrustArc Global Privacy Benchmarks Survey found that while the COVID-19 pandemic put a dent in privacy spending, still 41% expect to maintain increased privacy budgets.

TrustArc recently used third-party customer validation tool TechValidate to ask our customers why having a strong privacy program was important to their company. The overarching sentiment was that a strong privacy program means their customers can trust their data handling practices without fear of breaches or misuse. While regulatory fines can be devastating to a company financially, reputational damage can be just as crippling. Consumers care about how their data is used, now more than ever. In the TechValidate survey, a Data Protection Officer with a medium enterprise consumer products company  that works with TrustArc stated that, “A strong privacy program goes beyond regulation and is built on a culture of data ethics. It is part of building and sustaining customer and employee trust.” Companies are now seeing that their privacy budget doesn’t just go into checking a box for compliance, but instead fosters a deep layer of trust between the customer and the company.

From the GDPR to the CCPA to the LGPD to the CPRA, there’s a lot of acronyms to be aware of in the privacy space. It’s clear that countries are moving in the direction of more privacy laws and regulations, especially as technology advances and raises privacy concerns that hadn’t existed previously. In fact, 76% of surveyed companies say the greatest challenge their company faces with privacy management is keeping track of new laws and regulations. Privacy is not a trend that is going to fade. The days of allowing companies to do whatever they want with customer data are gone. Companies must embrace this change and stay ahead of the regulatory changes in order to quickly adapt, maximize consumer trust and minimize risk.

As mentioned previously, we are seeing more and more companies aligning themselves with privacy and embracing a strong culture of proper data privacy ethics. In 2019, Apple put privacy at the forefront of their marketing campaigns. Early that year, they placed a banner in Las Vegas during CES, putting a twist on the infamous Sin City catchphrase and touting the message “What happens on your iPhone, stays on your iPhone.” Later that year, they also created a well-produced TV ad which displayed all the ways in which we expect privacy in our daily lives (curtains, tinted car windows, locks, shredders, etc.) and confidently stated “If privacy matters in your life, it should matter to the phone your life is on.” Followed by, “Privacy. That’s iPhone.” Apple was not only saying they care more about consumer privacy than their competitors do, but also recognizing that privacy factors strongly into a consumer’s purchasing decision. As data privacy matters to more people, companies should take an approach that considers privacy during every stage of product development in order to ensure privacy is deeply rooted in the end product. Let privacy be a source of innovation, instead of an innovation killer.

TrustArc helps companies to stay ahead of the ever expanding privacy landscape, build consumer trust and turn privacy into a competitive advantage. Learn more by scheduling a demo today!