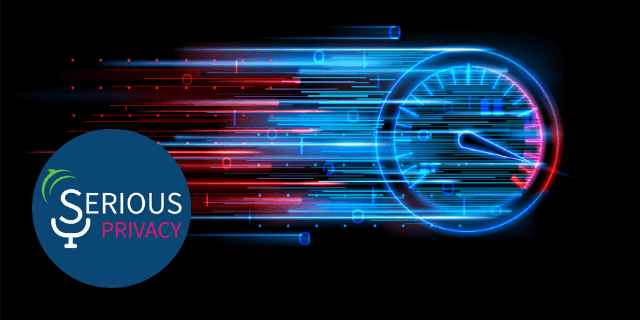 In just a single week, so much has happened. The California Privacy Rights Act was passed by voters and will come into effect on 1 January 2023, the Court of Justice of the European Union once again confirmed that consent is not valid when relying upon pre-ticked boxes, and the European Data Protection Board issued its Recommendations on international data transfers in the wake of the Schrems-II ruling. In the meantime, Finland is dealing with a major health-related data breach, the Biden transition team was announced, which includes some privacy-minded people, and the U.S. Federal Trade Commission announced a settlement with Zoom including a requirement to implement a full privacy and security program. And that was just the tip of the iceberg before the European Commission issued the draft of new standard contractual clauses.

In this episode of Serious Privacy, Paul Breitbarth and K Royal invited Paul Schwartz, a leading international privacy expert with a broad view on law and technology issues. He is the Jefferson E. Peyser Professor of Law and the Director of the Berkeley Center for Law & Technology.

Listen in as Paul, K, and Prof. Paul Schwartz discuss immediate reactions to the recent privacy events, and put the considerations in context within US privacy law as well as global context.  Nothing is off limits for framing these new developments – US law, state law, enforcements, new administration priorities, European requirements, operationalizing privacy, and even HIPAA. Catch up on news and analysis of these momentous events, via other episodes (such as the one with Gabriela Zanfir-Fortuna), webinars, blogs, and published advisories. This episode can be heard on our website or streamed below.