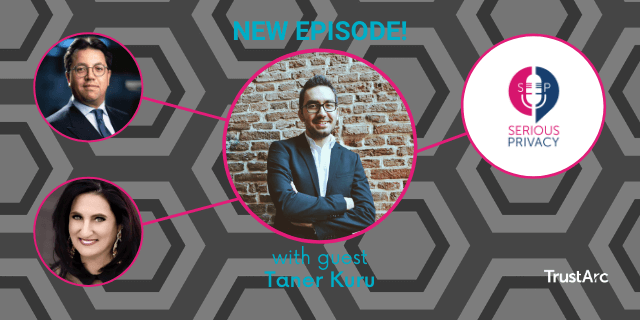 Every year, in the final week of January, privacy professionals from around the world assemble in the north of Brussels for the Computers, Privacy and Data Protection Conference. In recent years, on the final day, the European Data Protection Law Review awards a young scholar award and hosts a panel to discuss the nominated papers.

In this episode of Serious Privacy, Paul Breibarth and K Royal host the second of this year’s three finalists for the EDPL Award. Please join us for a conversation with Taner Kuru, who holds a Bachelor and Master of Laws of Ankara University, in Turkey, and recently completed an advanced LL.M. in Law and Digital Technologies from the Leiden Law School in the Hague. He also just completed an internship at the United Nations Interregional Crime and Justice Research Institute (UNICRI) Centre for Artificial Intelligence and Robotics. (You can catch the first finalist from last week with Isabel Hahn on purpose limitation against big data and common practices.)

During this conversation, we discuss how Taner became interested in genetic privacy and then specifically why he researched the concept of group privacy in pertinent data protection laws, such as the European Union’s General Data Protection Regulation and Turkey’s Ki?isel Verileri Koruma Kurumu (KVKK). His journey started with CRISPR babies, which led to DNA companies, such as 23andMe and AncestryDNA, and finally into posts on REDDIT and published stories on individuals who have been surprised at some of their DNA results. Given some of the dramatic accounts, Taner became intrigued about whether the privacy of individuals who share DNA is protected. In particular, how do you protect the privacy of groups?

Join us to learn more about this topic and his conclusions. We also discuss precision medicine, the Havasupai case, consent, ethics, and dating apps. Fascinating topics to cover in one episode. This week’s episode can be heard on our website or streamed below.