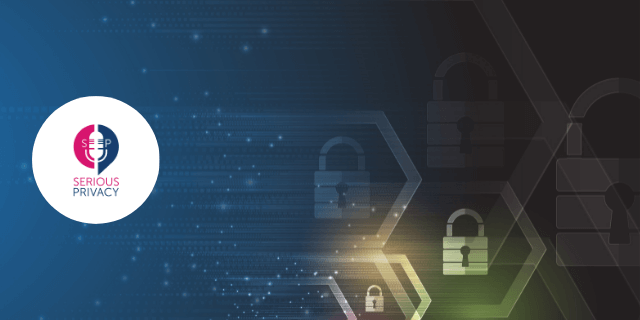 On this week of Serious Privacy, Paul Breitbarth and K Royal connect with Representative Domingo DeGrazia, of the Arizona House of Representatives to discuss the privacy legislation he has proposed (HB 2865), but which has not gained significant ground in Arizona. He is a licensed attorney, has professional experience in aerospace and computers, and is a Certified Information Privacy Professional / US through the International Association of Privacy Professionals.

This was his third year proposing privacy law for Arizona and he intends to continue. In speaking with Rep. DeGrazia, Paul and K were interested in his philosophy, drivers, and influencers towards state privacy law. The conversation includes elements on how bills are passed on a state level, including one-year versus two-year legislatures. Arizona has a one-year session, so bills that do not pass must be filed again the next year. He also discusses how he was motivated by the Washington proposed privacy act (the most recent that did not pass SB 5062), the California Consumer Privacy Act, and the European Union’s General Data Protection Regulation – and you can see these influences in his bill.

Listen in as we discuss private right of action, data breach notification, and the level of education that needs to happen for legislators to understand the importance of privacy law. Rep. DeGrazia shared his thoughts on a federal privacy law, too. We also discuss Arizona’s inclusion of privacy in its constitution, one of only eleven (11) states to do so, along with a (very brief mention) of a recent Arizona Supreme Court Case, Arizona v. Mixton, which involved privacy. This episode can be heard on our website or streamed below.