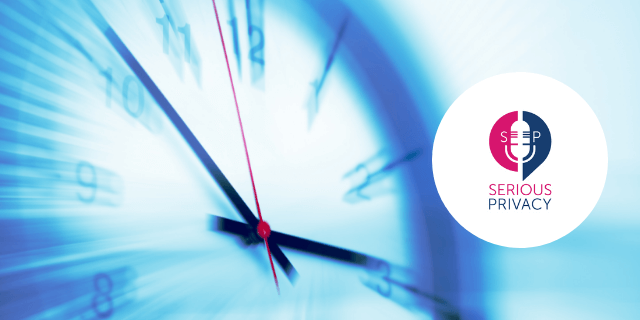 On this week of Serious Privacy, Paul Breitbarth and K Royal covered a broad range of privacy developments along with responding to questions from listeners. New developments includ the new Colorado Privacy Act, SB21-190. Signed by Governor Jared Polis on July 7, it is now the third state omnibus privacy law in the US, with Virginia having passed the Consumer Data Protection Act (CDPA) earlier this year and of course, the Calfornia Consumer Privacy Act (CCPA). We have a 4 part series on the Colorado Privacy Act. We also did a podcast on it a little while back.

In this episode, we also discussed the anniversary of Schrems II, the ongoing efforts to establish a Privacy Shield replacement, international data transfers, and GDPR validation (TrustArc has you covered on both of the latter two). And during the episode, there are references to guidance on Codes of Conduct that has now come out by the European Data Protection Board (we’ll get you more information!) or in relation to US state laws, Ohio just had its privacy bill introduced. Privacy things happen quickly.

Join us as we also discuss some basic topics such as business and publicly available personal information (the difference between Europe and US),  interacting with individuals (who are not controllers as noted in EDPB guidance), EU data centers, and UK surveillance. This week’s episode can be heard on our website or streamed below.