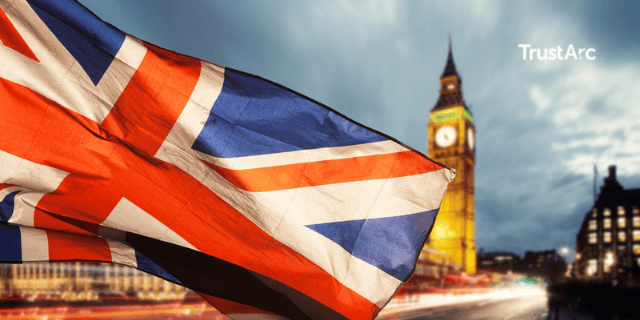 Data privacy laws that apply to organizations transferring data into and out of the United Kingdom (UK) continue to be updated since Brexit.

In general, the data protection rules in the European Union General Data Protection Regulation apply in the UK too, with some differences.

Some of the key dates include:

The European Commission’s adequacy decisions confirm the UK offers a level of data protection that is essentially equivalent to that in the EU under the GDPR.

These decisions mean the data protection system in the UK post-Brexit will continue to be based on EU standards, just as it was when the UK was a member of the EU.

Therefore, personal data can continue to flow freely from the EU to the UK for four years (until June 2025), without the need for extra protections or regulator approval.

The free flow of data in the other direction, from the UK to the EU, had already been confirmed by the British government at the time the UK stopped being a member of the EU.

Learn more about how UK privacy laws changed after Brexit.

How does GDPR apply in the UK?

The EU’s GDPR introduced a wide ranging data privacy law for individuals and organizations based on the principle that ‘the protection of natural persons in relation to the processing of personal data is a fundamental right’.

The GDPR gives individuals in the EU more rights to access, delete and/or control the use of data relating to them.

The GDPR covers all interactions where data might be collected and/or analyzed inside the EU – it doesn’t matter where your company and its online channels are located.

Companies that want to transfer data across borders between the UK and the rest of the world must now ask every person they interact with online for the same kinds of permissions as they would in the EU.

The UK data protection system includes strong safeguards for access of personal data by public authorities in the UK.

Here are some of the main points to remember:

Concerns Remain About Data Privacy laws in the UK

The European Commission’s adequacy decisions were made with little time to spare on June 28, 2021 – just two days before the Brexit transition arrangement for data protection expired on June 30, 2021.

On the plus side: organizations could rely immediately upon the adequacy decisions.

On the negative side: the commission set a sunset clause for the adequacy decisions to expire in June 2025, unless explicitly extended.

The main concerns with how the GDPR applies in the UK include:

The UK government’s publicly stated position on reform for data protection laws is to have them based on common sense – not box ticking for compliance in the EU.

Review your GDPR Dataflows that Involve the UK

Organizations handling personal data into or out of the UK can take the following actions:

Post-Brexit, organizations need to pay close attention to UK data privacy compliance requirements under Article 27 of both the EU GDPR and the UK GDPR – these provisions require organizations to appoint an official representative in the UK and/or EU if they are not physically established in the UK or EU respectively.

Here are some examples of how these rules apply:

We know navigating international privacy regulations can be challenging, so we offer a range of guidance and services to help your organization manage data privacy compliance in other regions such as the UK and Europe. Read our latest analysis on International Data Transfers.