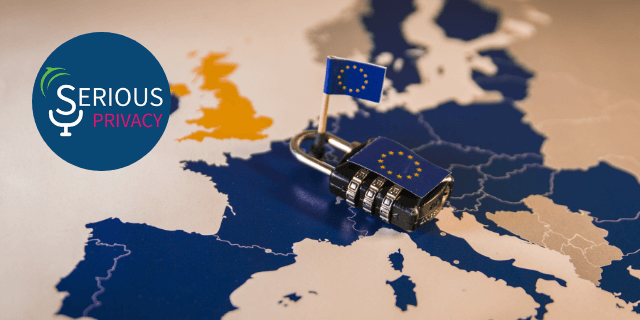 This past week, the European Data Protection Board (EDPB) adopted it’s Recommendations on international data transfers post Schrems-II and the European Commission released the long-awaited draft of new standard contractual clauses. At the same time, the EDPB adopted an updated version of their earlier guidelines on the European Essential Guarantees: criteria that a third country’s (non-European Economic Area country) legislation needs to meet in order to justify an interference with the right to privacy and data protection.

In this episode of Serious Privacy, Paul Breitbarth and K Royal bring you an EXTRA episode with Gabriela Zanfir-Fortuna with the Future of Privacy Forum. Although you will hear about these momentous events in a variety of additional TrustArc forums (other Serious Privacy Episodes, blogs, and published advisories), this is worth a special episode tailored specifically to your need to know about these documents. You should note that feedback on the Recommendations are due at the end of November and comments on Standard Contractual Clauses are due December 10, 2020. Less than two weeks later.

Join Paul, K, and Gabriella as they share their reactions to the new guidance and SCCs. In particular, Paul and Gabriela were on the former Working Party 29, responsible for issuing guidance. This new guidance is unexpected in some ways. This is what you want to know about what will happen next in the world of international transfers, how to read to new SCCs, and what can be done with supplemental safeguards – or not.